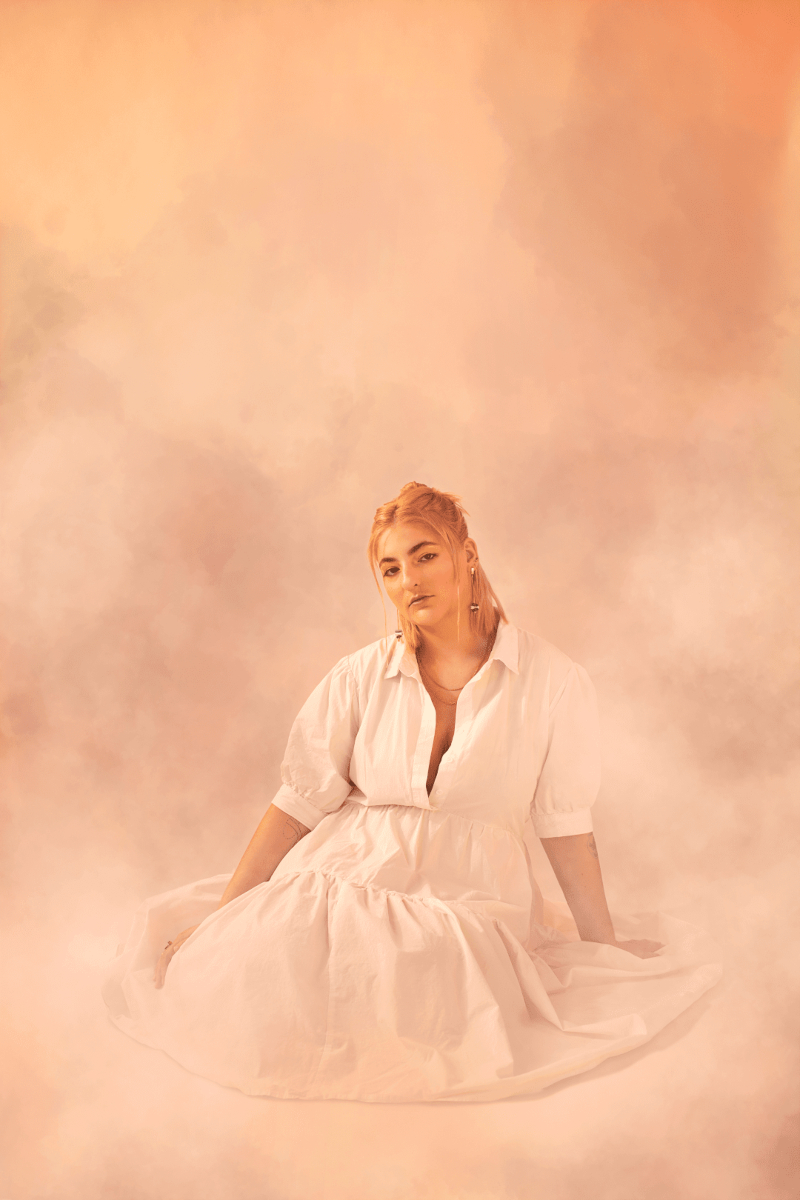 Jordi (JORDI UP LATE) leads an artistically tangled life that combines her passions for surreal visuals and electronic music. Raised in Los Angeles, she grew up absorbing the love of filmmaking and music production by osmosis. She found a love for visual arts and music very early on in her life with the encouragement of her family and often sequestered herself in her room to paint for hours into the night. As a teenager, she began songwriting as an additional form of self-expression and eventually became a self taught producer at 15 and worked tirelessly to keep improving her singing, song- writing and production one track at a time.

Creating is not only Jordi’s passion, but a pillar of her existence. Her need to produce art took her to the Rhode Island School of Design. There she deepened her knowledge and skills as a visual artist, studying animation, film, drawing, printmaking, ceramics and art history. With a major in Animation, Jordi spent her years at RISD exploring experimental storytelling through sound and visual accompaniment. She found more experimental pursuits in herself at RISD with the help of professors and classmates who valued exploring our innate tendencies and creative differences. While spending 4 years endlessly making and learning her craft, Jordi continued developing her self-taught production and composition skills as sound was and is always the base for her visual explorations. One does not exist without the other. In her imagined spaces, worlds are often cavernous and echoing – empty yet completing a circle. Melodies dictate shapes while synthesizers carve textures. Crescendo builds color while reverb creates a tunnel for light. Jordi’s work forms collections of meditative spaces which evolve and reveal matter to the pulse of the void.

After attending RISD and acquiring a Bachelor of Fine Arts, Jordi returned to Los Angeles to pursue her career in music and art. She works as a freelance artist creating all types of work from design and illustration to mixed media animated music videos and stop motion spots. In addition Jordi continues her fine art practices as a ceramicist and painter.

Jordi is constantly writing, producing, and collaborating on tracks. Her biggest influences include Daft Punk, Gorillaz, Little Dragon, and James Blake – all of whom she listened to in her formative years of establishing her electro-pop signatures as a self taught producer. Jordi is drawn to other artists and musicians who share the ability to collaborate and evolve, weaving through different genres while bending them. She gains inspiration from and strives to blend electronic, pop, blues, psychedelic funk, and the wavey sounds of California.

Currently working on releasing singles, JORDI UP LATE’s plans are for both an EP and LP in 2020 and 2021. In addition she is creating visual work to accompany her body of music, in hopes that she can build audio/visual worlds in her performances and experiences.