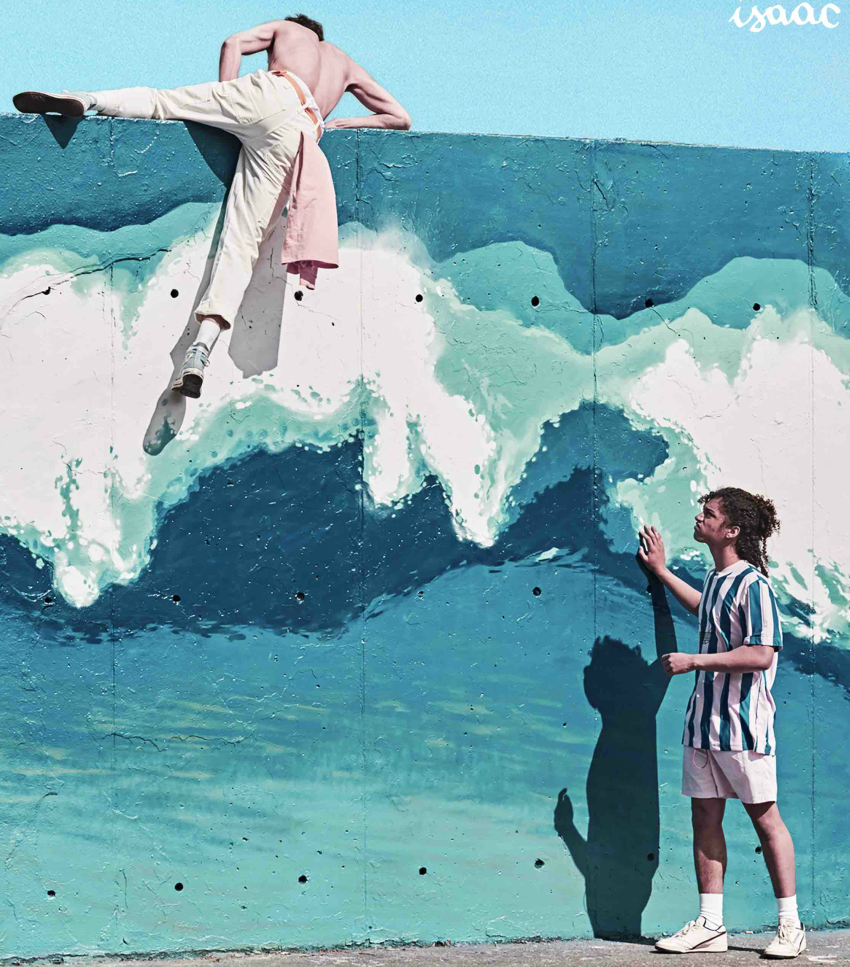 ‘uplifters’ (out on hip French label Microqlima) is Isaac Delusion’s third full length release,  the follow up to 2017’s ‘Rust And Gold’ and the latest addition in a blooming career which has seen founding members Loïc Fleury and Jules Pacotte accrue close to half a million monthly Spotify streams-and-counting, and perform on the bill for Pitchfork Paris alongside sold-out headline shows including the Olympia and the Élysée Montmartre.

Going on to ride out the early ‘10s scene from out of which they originally broke, Loïc Fleury and  Jules Pacotte formed Isaac Delusion (that name an unlikely Anglophile nod to Sir Isaac Newton…) having originally become fast friends whilst at high school in the eastern Paris suburb of Vincennes. In some senses, ‘uplifters’ – whose blue-tinged songwriting picks at a misplaced nostalgia for our younger selves – closes a circle for the childhood friends, now staring down their fourth decade, feeling an itch for the freedom & unguarded honesty of their younger selves.

Proudly wearing its anglophile tendencies on its sleeve – much like predecessor ‘Rust And Gold’ – ‘uplifters’ is sung by and large in pop’s lingua franca, English. Early single release ‘fancy’ tackled obsessional love, viewed through the prism of adolescent hypersensitivity. The track’s robotic vocals and crisp drum machine belie a melancholic aftertaste which creeps out across much of ‘uplifters’. Long since intrinsic to Isaac Delusion’s insistent sound is Loïc’s agile, almost androgynous falsetto-ed vocal, drawing more than the occasion comparison to Bronski Beat’s Jimmy Sommerville. All but taking off elsewhere on the skewed, sultry funk of ‘together’, his vocals also share some of the lo-fi intensity of contemporaries like Rhye across the downtempo ‘tell me how’ and the bubbling electronic soul which underpins the swoon-some ‘parrots’.