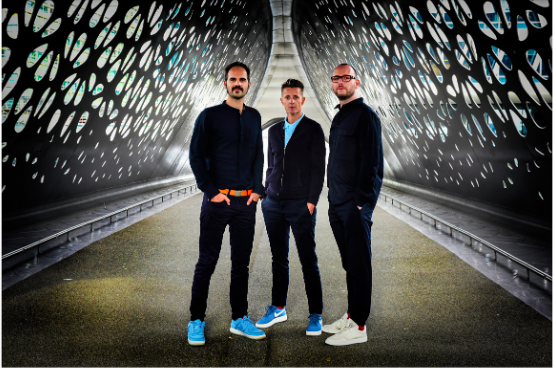 Rex Rebel is the new, intriguing revelation in the Belgian electronic music scene, formed by trans man Sam Bettens. Sam was formerly known as Sarah Bettens and is also the lead vocalist of the highly acclaimed rock band K’s Choice, which is still considered one of the biggest bands from Belgium, with multiple gold and platinum awards under their belt. The debut album ‘Run’ will be released on February 28th 2020.

Although K’s Choice has been the common thread of his career, Sam has always embodied change in his musical endeavours. Apart from four highly successful solo albums, he also made musical contributions to several soundtracks and documentaries, appeared on over thirty major label compilations and contributed music or vocal performances for a whole series of multi-platinum artists. And now again, in 2019, by starting Rex Rebel, Sam has reinvented himself. This new band is nothing less than another expression of Sam’s inexhaustible creativity.

No more than a month ago, the band released their first single ‘Big Shot’. The single was immediately received with open arms by the national radio stations in Belgium, followed by remarkable TV appearances of the band in leading talk shows in the Benelux. ‘Big Shot’ is a song that glorifies success, quantified by fame and fortune. And even though the song is supposed to question that very notion, it also exudes confidence that Rex Rebel has, that they belong in the big leagues and that they won’t stop until they get there.