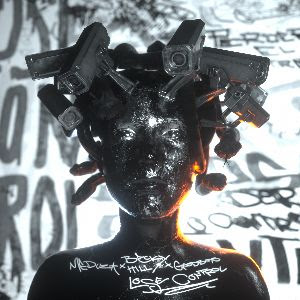 The now-iconic signature sound of Meduza immediately draws anticipation, as the emotive and powerful vocals and songwriting from Becky weaves through the smooth and effortless cool of Goodboys harmonies and adlibs.

It follows on from the global summer smash ‘Piece Of Your Heart’, a track that has clocked up over 600 million streams and 69 million YouTube hits since its release. The song is multi-platinum and gold worldwide, including in the UK selling over 900,000 units and peaking at #2 in the UK Singles Charts and #1 in the US Dance Charts.

Within a few weeks of release, the single was added to the Radio 1 A-List, amassing over 60,000 plays on UK radio alone. It also featured as Spotify’s 16th most streamed track this summer globally and hit #1 on the Apple Music & iTunes, placing top positions on Capital Radio’s Big Top40, Spotify UK and Shazam UK charts. The debut single from the production trio remains one of the biggest hits of 2019 to date.

British Artist and Songwriter Becky Hill is one of the UK’s upcoming stars and hitmakers, known for her heartfelt, powerful vocals and songwriting on tracks like 2019’s breakthrough solo hit ‘I Could Get Used This’, recent top ten hit ‘Wish You Well’ (With Sigala), worldwide hit ‘False Alarm’ (with Matoma), certified platinum hits UK #1 single ‘Gecko (Overdrive)’ (with Oliver Heldens) and top ten hit ‘Afterglow’ (with Wilkinson) and 2018’s UK top 20 gold-certified hit ‘Back & Forth’ (with MK and Jonas Blue), Becky’s second collaboration with MK, following the pair’s success with their 2016 Gold-certified hit ‘Piece of Me’.

After an electric debut with Meduza, Goodboys who featured on ‘Piece Of Your Heart’ style their signature vocal hooks throughout with a harmonic tone, perfectly balancing the energy of the track and further cementing reputation as one of the most in-demand artists in dance music through their understanding of how to write incredibly catchy hooks to mesmerize the audience into repeating as soon as the first listen.

The follow up to one of the biggest songs of the year, ‘Lose Control’ sees three of the most in-demand acts in dance music come together for what’s set to be another global sensation.