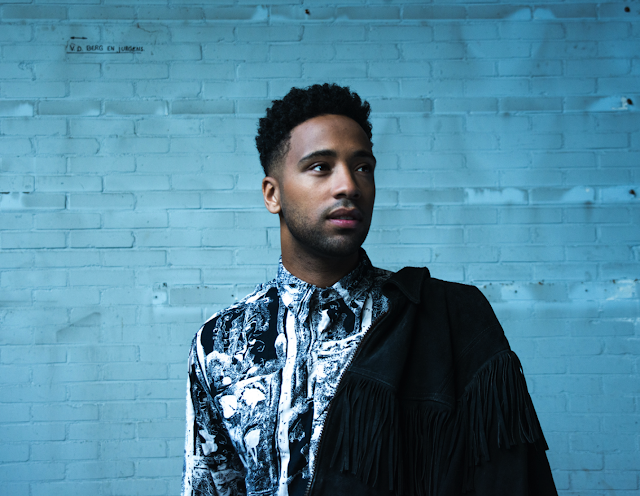 Armin van Buuren collaborator and producer Cimo Fränkel has released a remix package for ‘Never Give Up’ on 26 January with remixes by filous, Chevrae, and ChildsPlay x Noise Cartel.

Multitalented instrumentalist and producer filous has remixed tracks by RAC, Jose Gonzalez, and Selena Gomez. He has reached a combined count of 100 million plays via Youtube with support from channels such as Mr Suicide Sheep, Chill Nation, Mr Revillz, Get the Sound, Ultra Music, La Belle Musique and ElectroPosé, as well as having amassed over 65 million plays via Soundcloud alone. He has garnered support from tastemaker publications Noisey, BILLBOARD, TIME, Pop Crush, Dancing Astronaut, Nest HQ, Clash Mag & The 405 and received airplay from the likes of BBC Radio 1’s Pete Tong and Germany’s HITRADIO 03.

ChildsPlay have garnered over 10 million Youtube views and received radio play on BBC Radio’s Diplo and Friends, B.Traits and Panjabi Hit Squad. Their track ‘Bobbel ft. Jayh’ has racked up over 6 million Youtube views, and they have received support from Dutch tastemaker magazine Ballinnn. Noise Cartel’s collaboration with StukTV and Cazz Major, ‘Vliegen’ was featured in the top 10 of the Spotify Dutch Viral top 50. They have released official remixes for and together with The Partysquad, ChildsPlay, JeBroer, Girls Love DJs, Adjeand Kempi and have graced the stages of Paaspop, Rebirth Festival, Dream Village, Festyland, Hockeyloverz, City of Dance Festival and Totally Summer tour.

Dutch producer Chevrae has a host collaborations under his belt including ‘Dreamreacher’ on which he collaborated with  Bakermat and Dumang, racking up 10 million plays on Spotify and receiving support from Magnetic Mag and Sony/ATV. He has produced favourable remixes of tracks by Chris Brown, Tyga and Ayden, and the first two tracks of his EP Temporary Love were released late 2017.

Cimo Fränkel is famed for co-writing the multi-Platinum track ‘Sex’, performed by Cheat Codes & Kris Kross Amsterdam which has almost 450 million Spotify plays to date, going gold in the USA, double platinum in the UK, quadruple platinum in the Netherlands, and gathering 7 more platinum awards in other countries. His recent hit ‘Never Give Up’ was premiered by Clash Magazine, and received support from a host of tastemaker publications including Paste Magazine and Dancing Astronaut. He has worked with notorious labels in the past such as Spinnin Records and Armada gaining Cimo Fränkel over 6 million views on Youtube, paving the way for opportunities to feature on records with internationally acclaimed artists including Armin van Buuren, Daddy’s Groove, Wildstylez, and EDX, as well as supporting Armin van Buuren at multiple sold-out arena shows, including the LA Forum and Amsterdam Arena on his 2016 ‘Armin Only’ Tour. Cimo has also gained critical acclaim through publications and tastemaker Youtube channels such as Chill Nation, Indie Nation, Earmilk, EDM Sauce, Discobelle and many more.

filous animates the earnest atmosphere of ‘Never Give Up’ through sweeps and swells, opening with sincere, heartfelt guitar melodies, before Cimo’s crisp, signature vocals kick in, leading clicked percussion and a steady beat. His rework of the track leaves an already vibrant piece of work brimming with even more life. Chevrae’s take on the track is a sonically striking artistic triumph,  chock-full of infectious loops. Echo-drenched vocals buried deep in reverberating layers of percussion, Chevrae wisely experiments with a wider variety of moods and melodies. ChildsPlay x Noise Cartel have steered ‘Never Give Up’ towards the dancefloor with their tropical take on the track, bringing forth visual imagery of long summer days to thaw the winter away. Resting atop these funky beats is Fränkel’s refreshing vocal work, laden with irresistible momentum throughout.

Filous explains his process when remixing Cimo Fränkel, “The most exciting but at the same time, hard part about making this remix for Cimo was his incredible voice. Everything you do as a producer instantly sounds a million times better when his vocals are on it, so it’s easy to feel comfortable really quick – but I tried to give my best nonetheless and had a lot of fun trying to challenge myself to make something that can live up to his insane vocal level!”

“A lovely crazy vibe, that’s what makes this song one of my favorites!” says Chevrae of the track.