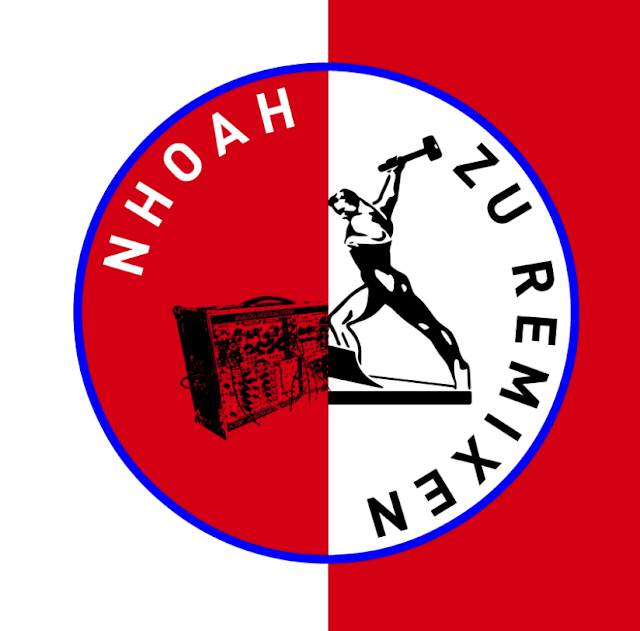 Berlin-based electronic artist NHOAH is set to release ‘zu Remixen’ on 1st December via R.O.T respectortolerate Records. The package features breathtaking remixes by UK acid-house architects 808 State and London-based IDM pioneer µ-Ziq. 808 State boasts a long history of commercial success, with a discography spanning nearly 30 years. Their 1988 breakthrough album Newbuild saw a 2005 re-release via electronic mastermind Aphex Twin’s notorious imprint Rephlex Records. Experimental-techno giants Autechre have also cited 808 State as a major influence on their work. Collaborating with the likes of David Bowie, Björk, Quincy Jones and Brian Eno amongst others, 808 State’s music successfully charted with singles ‘Pacific State’ and ‘In Yer Face’ reaching #9 and #10 in the UK, as well as being hailed by NME as the band that “revolutionised a whole genre of music in the late-80s, inspiring Underworld, Orbital and the Chemical Brothers in the process”. “zu Remixen” has been received support from Resident Advisor, PopMatters, BBC Radio 6 Music’s Nemone as well as being included in The Quietus’ Albums Of The Month: Music We’ve Loved in November.

The 808 State remix will be released as part of a package alongside the astounding rework of the same track by acclaimed English producer µ-Ziq. Planet Mu’s µ-Ziq has crafted an astounding rework: NHOAH’s ‘Abstellgleis’ (µ-Ziq Remix). With a discography spanning over twenty years, µ-Ziq is considered a pioneer of IDM electronic music. The famed producer has collaborated with Aphex Twin and released on his label Rephlex Records, as well as collaborating with  Speedy J, and touring alongside Bjork. His own notorious label, Planet Mu needs no introduction and hosts the likes of Floating Points, Ceephax, Venetian Snares, Capitol K, Datach’i, Machinedrum, Kuedo, Jlin and Luke Vibert. His critically acclaimed 1997 album, Lunatic Harness, is hailed as defining the drill ‘n’ bass sub-genre and was nominated as Album Of The Week in both NME and Melody Maker.

NHOAH, a skilled producer, engineer and drummer in his own right, boasts a back catalogue which includes work alongside the producers of The Eurythmics, Depeche Mode, and Bronski Beat’s Larry Steinbachek. His previous album Tangowerk was nominated for the German Record Critics’ Award Preis der deutschen Schallplattenkritik. His extensive list of achievements includes work with Jayne County and Romy Haag, arranging and composing for David Hasselhoff, as well as contributing to material by contemporary French rock-star M. His own band Peacock Palace, whose song ‘Like A Snake’ sold more than 2 million copies, was the first German band to have their video on heavy rotation on MTV London. Alongside this, his work writing and producing for German pop-rock band MIA, earned him several Gold awards.

The original track is lifted from NHOAH’s dazzling LP West-Berlin. The album saw NHOAH reducing his instruments to only a modular synthesizer system, a few controllers, and a computer – exploring new developments in software and technology.

808 State’s Graham had this to say about the remix; “We were happy to remix veteran Berlin producer NHOAH, I feel we share the longer timelines in electronic music, both drawing from a broader Well, while attempting to keep the chrome shining.”

As µ-Ziq explains about his input when putting his remix together, “Basically I tried to emulate the arpeggios and key changes but add a bit of my own melodic spice to it!”.