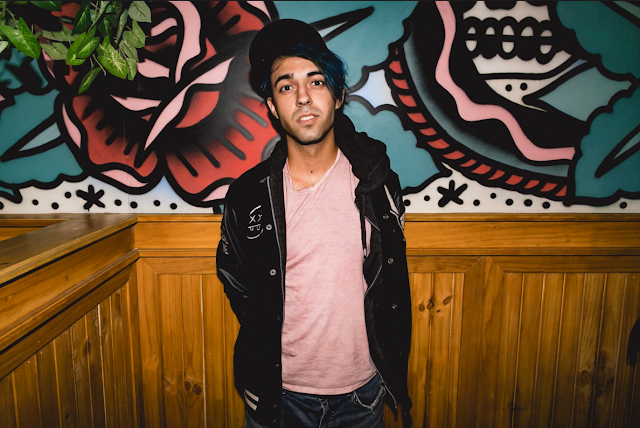 Luca Lush, the producer known for sporting signature blue locks, released ‘A Boy Brushed In Blue Living In Black and White’  on August 2017 after wrapping up the Australian leg of his international tour.

With half of his shows sold out, he managed to finish and release the track after an 8 month period. On his Soundcloud page he mentions that a failed relationship sparked the motivation to finish the track. He had previously shown a demo of the song to a few friends but described it as not being up to “snuff” at the time.

Deviating from his usual head-banger tracks, ‘A Boy Brushed In Blue Living In Black and White’ shows a softer side to Luca. Made up of a bouncy melody with choppy vocals and ending off with a sax solo, fans have called it his ‘best release to date.’ He promises to release more headbanging sounds in future and is currently working on his next EP.